Cloud-Based Systems are leading the way in Grower Innovation

Cloud-Based Systems are leading the way in Grower Innovation 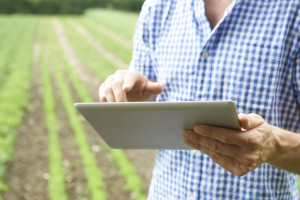 Efficiency is becoming ever important to growing—especially in places like drought-stricken California—and because of it, so is innovation.

Increasingly growers are turning to innovative technologies to help increase efficiency and profits with crop production, and nothing is making it easier to do that than cloud-based irrigation infield monitoring and control systems.

“This part of the industry is growing rapidly and the agriculture industry has just beginning to touch on the technology,” said Eryn Gray, agronomist and managing partner at Ag Laboratory & Consulting.

Agriculture has been one of the last industries to embrace the technology movement but for those growers who have embraced it it’s become a surprisingly simple way to control their operations. The systems help growers save money on water and increase production, especially if a grower tends to over or under water. 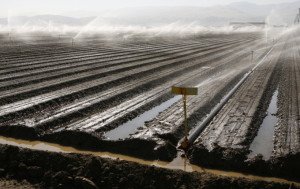 A cloud-based system may seem futuristic but it simply brings growing to your fingertips. Imagine being able to irrigate crops with the touch of your keyboard. Components include infield loggers, and moisture and temperature sensors, pressure switches, injection systems and full weather systems. It even gives the grower the ability to set crop alerts on the field. Built-in fail safes will shut the program down if something goes a little haywire.

The system relays information back to the internet providing soil and air temperature, and more. The data goes directly to a laptop or smart phone.

The plug and play cloud-based system allows growers to put only certain parts of the system into place, like maybe water monitoring. However, for those who want more automation, components can be added to control other aspects of irrigation—or all of them. It’s an easy and cost effective way for growers to choose which system they want to put in the cloud. The best part is the system is designed to work with any other company’s components.

Growing crops takes effort but cloud-based systems take some of the stress out of growing. Ultimately technology, if used correctly, can make it easier to grow and control input, allowing you to get the best possible production with less effort. 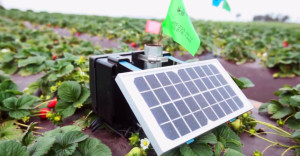